The Biltmore-Cumberland Historic District is one of six United States historic districts in Lakeland, having received its designation on June 4, 2004. 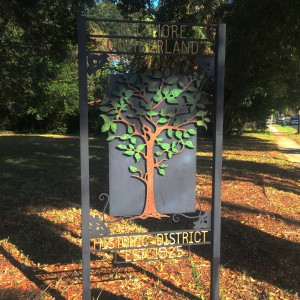 This quaint, established neighborhood contains 201 historic buildings, many of which are single-story frame vernacular structures built in the 1950s. Older homes built in the 1920s, beautiful two-story structures, and several brick-paved streets also dot the landscape of this neighborhood bordered by South Ingraham Avenue, East Lime Street, Bartow Road, Hollingsworth Road and Frank Lloyd Wright Way. Francis Boulevard is unique to the neighborhood, as it has a tree-lined median.

Located just east of downtown Lakeland, Biltmore-Cumberland is in close proximity to some of Lakeland’s most beloved landmarks. The Polk Museum of Art and the public library are nearby, as well as Florida Southern College and its campus filled with Frank Lloyd Wright architecture. Lakeland Senior High School/Harrison School for the Arts – home of the famed six-time state and two-time national champion Dreadnaughts football team – borders the neighborhood.

Style of Homes in Biltmore-Cumberland

Style of Homes in Biltmore-Cumberland

Styles of Homes in Biltmore-Cumberland

This neighborhood also is close to Lake Morton, which most of the city’s royal swans call home. This lake also attracts dozens of other species of waterfowl. The First United Methodist Church on Lake Morton has a pumpkin patch every fall that serves as a great photo spot, in addition to supplying families their primary pumpkin pie ingredient and jack-o-lanterns.

Two of Lakeland’s most prominent eateries are a brief walk or bike ride from Biltmore-Cumberland. For those looking for a casual bistro experience with upscale food, wine and craft beer, there is Red Door Wine Market. Those in the mood for some of the best fish sandwiches, corn fritters and freshly made lemonade in town, need look no further than Mister Fish, which has been in business since 1968.

Shopping opportunities await Biltmore-Cumberland residents in nearby Dixieland and downtown Lakeland. This neighborhood gives residents the feeling of being close to the hustle and bustle of downtown Lakeland, but also provides the tranquility of small town life.

Explore Homes for Sale in Biltmore-Cumberland: