How are Sandpiper Golf home sales in Lakeland Fl performing in 2014? 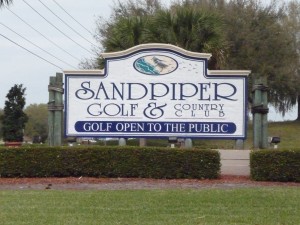 How are Sandpiper Golf home sales in Lakeland Fl performing in 2014?

Let’s look at the numbers for this year and compare them to the same time last year.

Total Sandpiper Golf homes sold up to June 2014 are 34

Compared to the same period in 2013 when there were 28 homes sold, this year there has not been a slow down in the Sandpiper Golf & Country Club Community. The average market time last year was 106 days for all the homes. This year we are at 71 days. So what does that tell us?

Sandpiper Golf home are in demand. With more sales this year and shorter market times it’s clear that there is a shortage of the desirable active adult community Sandpiper Golf homes in Lakeland FL. There are only 8 single family homes listed and 7 homes are currently under contract.

Consider that with 34 homes sold so far this year, we should be looking for 68 sales this year. Last year we had 46. At 5 to 6 per month we have about 3 months supply available. Sandpiper Community does seem to have extreme marketing times and nothing in the middle.

Of the 46 sales last year, 3 were distressed properties. To date in the first half of 2014, ZERO. That’s likely bad news for anyone looking to capture a deal, Sandpiper Golf & Country club community appears to have firmly pulled itself up and out of the short sale and foreclosure market.

Why Are Sandpiper Golf Homes Popular?

Maybe because of the amenities this popular community has to offer!

Are Sandpiper Golf home prices on the rise? That’s always a little hard to determine so let’s look at averages and see if it gives us a clue.

All in all Sandpiper Golf homes values have risen slightly, owners are in good shape because demand is still very active despite in the summer months. If your marketing time is well above the average, perhaps it’s time to ask why. There’s always a reason.