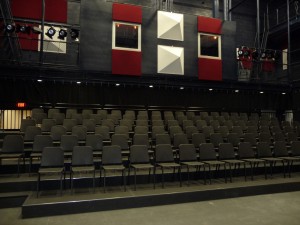 Lakeland Harrison School for the Arts presents “The Three Musketeers”

Did you miss this wonderful play of Micah Ariel James adaptations of Dumas’ renowned novel of “The Three Musketeers” this past weekend?

Great reviews of past performances! At last weekend’s almost sold out performances and raving reviews by patrons, you sure don’t want to miss this exciting production of “The Three Musketeers” that is being showcased by the Harrison School for the Arts’ talented group of theater students.

Under the direction of Ilene Fins, Dean of Harrison’s Theatre Department, “The Three Musketeers” explodes onto the Harrison stage with fast and furious duels in the dangerous streets of Paris! James’ version of this classic story follows the renowned adventures of country bumpkin d’Artagnan as he seeks entry into the prestigious King’s Musketeers.  Together they fight with courage to combat the malicious cardinal and save France. 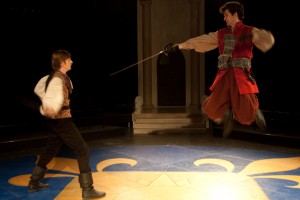 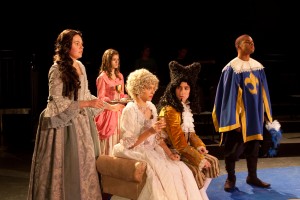 “All for One and One for All!” Chock full of political intrigue, romance and exciting sword battles, this world premiere is not to be missed. En garde! 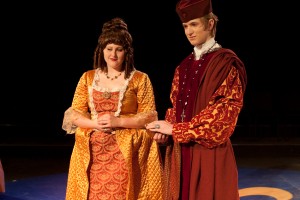 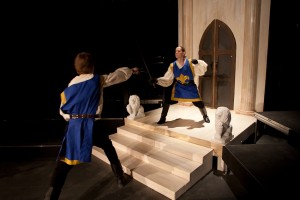 The troupe is lead by Britt Michael Gordon as d’Artagnan, Corinne Townsend as Aramis, Lance Taylor as Porthos, Amelia Marler as Athos, Demonte Cheeks as Treville, Justin Nipper as Bonacieux, Katie Ward as the Queen, Erika Williams as DeWinter, Jenna Creamer as Rochefort, Kevin List as the King, Chris Holseth as the Cardinal, Brooke Dixon as Constance,and Nicole Richard as the Innkeeper, with Courtney Lang, Beth Rousseau, Camila Araujo, and Annie Jaynes as the Fight Corps. 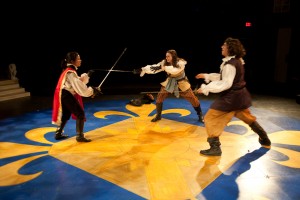 Seating is very limited and I encourage buying tickets online at www.harrisonarts.com

Mark your calendar for these upcoming performances of The Harrison Fine Arts Series for 2009/10:

A Funny Thing Happened on the Way to the Forum