Top Movies to Watch This Halloween in Carillon Lakes Community - Lakeland Real Estate
Call 863.712.4207
or write us a note

As the fall season comes near, one of the things that children of all ages look forward to is Halloween. It’s the time for them to dress up and go trick or treating all around homes in Carillon Lakes community. It’s also the perfect time to binge watch some of the best Halloween films for kids so they can find out some great costume ideas as well. Here are some scary kid-friendly films to add to your list: 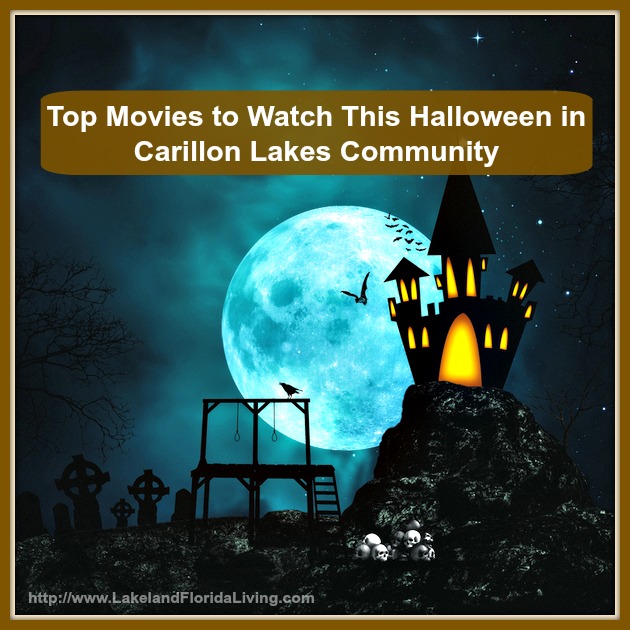 How much do you love your pet dog? In this Tim Burton film, the main character Victor brings his beloved pet dog Sparky back from the grave. This stop-motion animated feature is a lighthearted and kid-friendly take on the story of Dr. Frankenstein and his monster.

Meet Count Dracula, the legendary vampire who now owns and manages Hotel Transylvania, a hotel where some of the world’s baddest and meanest monsters can rest and relax – away from human civilization. However, a human comes traipsing in the hotel and gets close with Drac’s daughter. The sequel of this film just hit theaters this year so it’s best to line these up when you pick Halloween films to watch at your Carillon Lakes community home.

This animated film by Gil Kenan is about a group of three kids who investigate a house on their block. People are afraid of this house and in it lives a mysterious old man. Is he living alone, though?

A classic film based on the 1960s sitcom, the film showcases the eccentric Addams family. The move to the suburbs and the neighborhood finds their lifestyle a little too macabre. Your kids will definitely love watching this film that’s only a little scary and a lot of fun. Plus, they would love going to Halloween dressed up as any of the Addams family members.

Based on a book of the same title by Neil Gaiman, Coraline is a girl who’s unhappy with moving to a new house, a feeling that’s very common for kids of new owners of Carillon Lakes community homes for sale. Kids don’t want to leave their friends behind and as such, Coraline discovers a door to an alternative and dangerous world which she must get out off.

While most people line up Harry Potter movies for the Christmas season, there’s something about witches, wizards, and goblins that make this beloved film appropriate for Halloween. Besides, nobody can resist giving candy to a kid in a Hermione Granger or Ron Weasley or Harry Potter costume.

Enjoy the Halloween season and have fun watching kid-friendly movies with just the right amount of scare and fun. Line these movies up for a fun night with the whole family. For fun decor ideas and Halloween party events in Carillon Lakes community, visit http://www.LakelandFloridaLiving.com.

Call me, Petra Norris, at (863) 619-6918 or send me an email at petra@petranorris.com if you’re looking for a Lakeland Florida real estate agent with superior local knowledge, experience, professionalism, integrity, and personal service to help you sell or buy Carillon Lakes community homes for sale.

Going The Extra Mile For You!